Interview with a Researcher at the ELSI Center: Associate Professor Ryota AKASAKA, Ph.D

He was born in Tokyo in 1983. Since he was a student at Keio University, he has been conducting research on law and system related to information technology. In 2012, he came across a tele-operated robot called TELESAR V, which led to his commitment to research activities focusing on the issue of responsibility when robots enter society. After working as a research fellow at the National Institute of Advanced Industrial Science and Technology (AIST), he moved to his current position in April 2020. He also organized a preparatory committee for the establishment of the Robot Law Society. Now he is involved in research on robots and laws from broader perspectives. 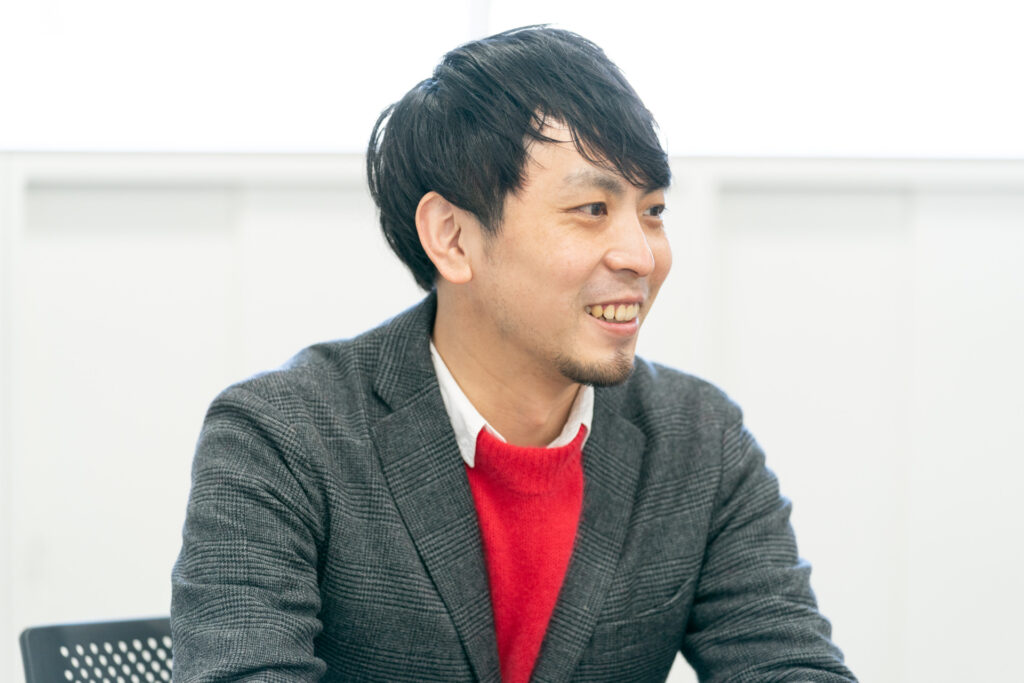 In December 2020, The Moonshot Research and Development Program “Cybernetic Avatar Technology and Social System Design for Harmonious Co-experience and Collective ability” was launched. We had an opportunity to interview Associate Professor Ryota AKASAKA, who participates in the project.

– Could you please tell us about your research?

As a child, I was fascinated by robots and the Internet. As a result, I wanted to study computer science, so I entered The Faculty of Environment and Information Studies, Keio University. As I learned more about computer science there, I realized that it is deeply intertwined with various institutions and laws, so I decided to pursue a career in law. In retrospect, my starting point as a researcher is my desire to find something I can do to spread information and robot technologies in society.

In 2012, I came across a tele-operated robot called TELESAR V. It is operated by an operator wearing a head-mounted display and gloves. The operator can not only see what it sees and hear what it hears, but can also feel the sensations of touching objects, such as roughness and temperature through it.

The moment I saw the technology, I foresaw the future in which the way we recognize “human” would be greatly changed. With tele-operated robots like TELESAR V as an option in our lives, we will be able to do things that we have never been able to do before. For example, it will be possible for someone overseas to operate a robot in a factory in Japan. I believe that all aspects of our society, such as the way we work, medical care, and welfare, will be greatly changed by the technology.

On the other hand, robots, “substitute for the human,” working in a lot of places can cause various problems for law systems that we rely on in our lives. For example, the criminal law’s clear boundary between “hurting a person (bodily harm)” and “hurting an object (property damage)” will be blurred. Besides, when multiple people operate a single robot, or a single person operates multiple robots, the idea that personality and body correspond on a one-to-one basis, which is assumed by modern law systems, may be wavered.

Through my research, I would like to integrate new technologies such as robots into our society. For this purpose, I need to flexibly incorporate various perspectives and new ideas into my research. Now I am working on examining diverse measures in Japanese law by studying new European regulations and contrasting American and Japanese law.

– What kind of research are you conducting in the project ” Cybernetic Avatar Technology and Social System Design for Harmonious Co-experience and Collective ability”?

This project, headed by Prof. Kouta MINAMIZAWA of Keio University, aims to work on the development of cybernetic avatar technology. The goal of the technology is to free people from the constraints of their bodies, brains, space, and time so that they can maximize their abilities. The technology also includes tele-operated robots, an extension of TELESAR V. In this project, we have conducted research with various researchers and business persons who are involved in the cases in which a disabled person operated a robot to serve customers in a cafe.

In addition to robots, we are also working on technologies for highly sophisticated integration of cyber and physical space, as well as cyborg (prosthetic) technologies that can enhance the functions of body and brain. In the near future, people will be able to attend concerts and sports events with 3D avatars, or compensate for their diminished abilities due to aging or illness.

A tele-operated robot can cause accidents. When an accident does occur, to what extent will people who developed the robot, who operated the robot, and who provided its business services be held responsible? And, perhaps, many people may feel strong anxiety when such technologies spread rapidly in society.

My role here is to examine potential issues from a legal standpoint. All events in society are related to laws and the topics related to laws are extremely diverse. By doing further research, I would like to design society in which all the people feel secure.